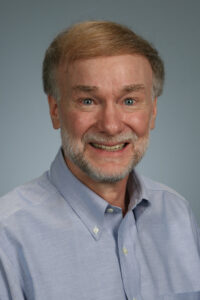 Stephen L. Wilson is an award-winning author and a former adjunct professor in the History and Political Science Department at Concordia University-St. Paul.  In 2013, he retired from a 35-year law career.  During that time, he worked for three different law firms and spent five years with the U.S. Agency for International Development’s Office of the General Counsel in Washington, D.C. From 1991 until retirement, he was a partner with Foley & Mansfield in Minneapolis.

In 1970, Wilson graduated from the University of South Dakota with a B.A. in Government. He then enrolled at England’s Oxford University as a Rhodes scholar, completed the Philosophy, Politics and Economics course, and was awarded  B.A. and M.A. degrees. When he graduated from college, Wilson was commissioned as a second lieutenant in the U.S. Army. He served on active duty in 1973 at Ft. Knox, Kentucky. After six years in the Ready Reserve, he was honorably discharged with the rank of captain. He obtained his law degree from the University of Michigan.

Wilson has been married to Kristine since 1977, and they have three children:  Matthew, Todd, and Sarah. His interests include traveling, hiking, fly fishing, golf, getting together with family and friends, reading nonfiction, and listening to music and public radio.